Conductivity measurements of AR-PC 5090.02 layers obtained after spin deposition. For thinner films, the resistance increases and the conductivity decreases. 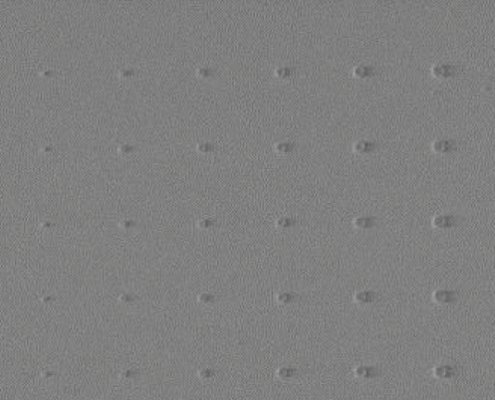 The combination of CSAR 62 with Electra 92 – AR-PC 5090.02 offers the best options to realise complex ebeam structuring processes on glass or semi-insulating substrates like e.g. gallium arsenide. The excellent sensitivity and highest resolution of the CSAR are complemented harmoniously by the conductivity of Electra 92. 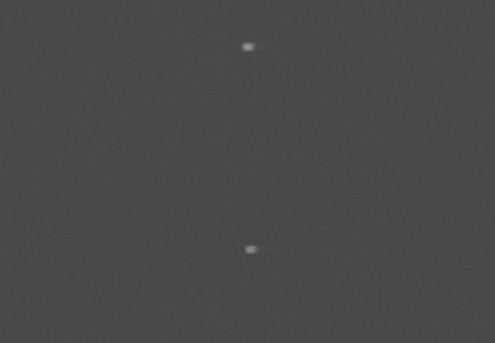 Initially, the PMMA resist AR-P 669.04 (200 nm thickness) was coated on a quartz substrate and tempered. The second PMMA resist AR-P 679.03 was then applied (150 nm thickness) and tempered, followed by coating with Electra 92. After exposure, Electra 92 was removed with water, the PMMA structures were developed (AR 600-56) and the substrate vaporised with titanium/gold. After a liftoff with acetone, the desired squares remained on the glass
with high precision.

Electra 92 with HSQ on quartz

After a coating of Electra 92 on an HSQ resist, even this resist can be patterned on a quartz substrate with very high quality. The HSQ resist (20 nm thickness) was irradiated with the required area dose of 4300 μC/cm². SX AR-PC 5000/90.2 was subsequently completely removed within 2 minutes with warm water and no residues could be detected. After development of the HSQ resist, the structures with high-precision 20 nm bars remained. 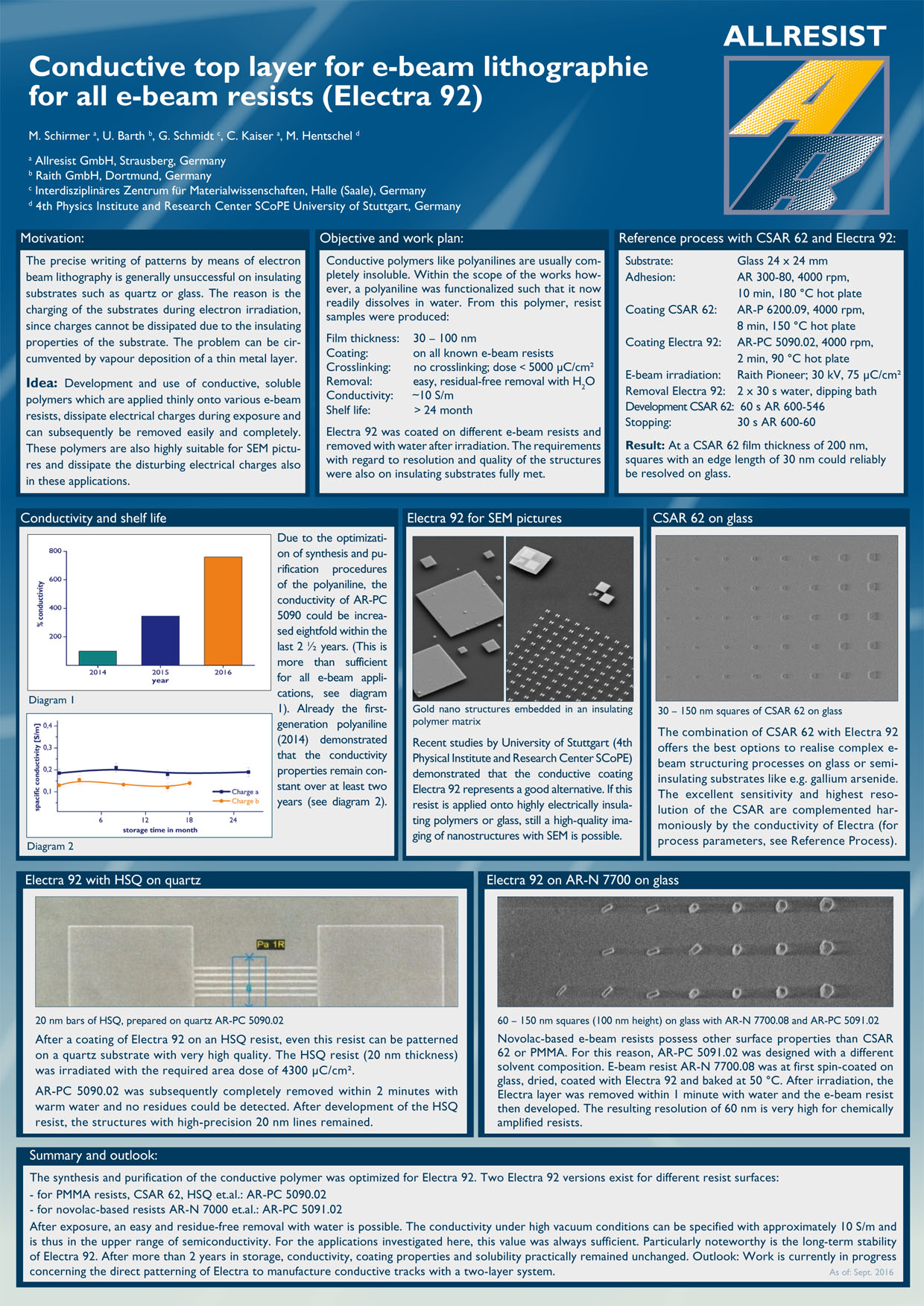