You are here: Resist Wiki1 / Photoresist2 / Positive3 / New procedure for the spray coating of deep topologies with SX AR-P 12...

In the CiS Institute for Microsensors, deep silicon etch grooves are structured for the fabrication of customer-specific components. For this purpose, a coating procedure via spray coating was developed. Extensive experiments were performed with the EVG spray coater, while Allresist optimised the resist used for these investigations. In the end however, the results turned out to be not entirely satisfying since the edges of etch grooves could not be covered sufficiently.

The desired good coverage of edges was only made possible after staff members of the CSI had developed a new spray system. A prerequisite for this development was an even further improved spray resist, SX AR-P 1250/20. In figures 1 and 2, etched structures of silicon grooves are shown. The very good edge coverage of etch grooves is clearly evident in figure 2. The layer is completely closed at the points of interest. 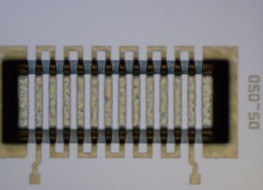 Fig. 1: Resist structures of SX AR-P 1250 for the coverage of etch grooves 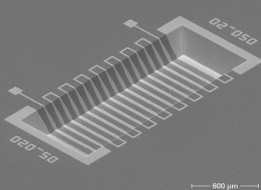